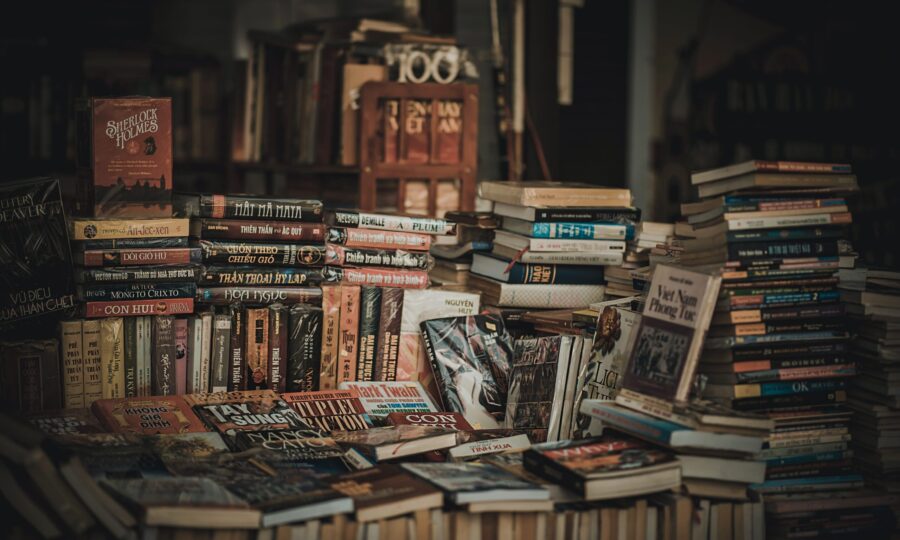 The Winning Authors Of Color At The 2020 Goodreads Choice Awards

By Featured Black Contributors
In Bookshelf
on December 11, 2020

It’s no surprise that this year’s Goodreads Choice Awards garnered the most votes than ever before. With the pandemic resulting in many changes including time off from work, reading has served as a much-needed escape for many. This year tallied a total of 5,674,480 votes between twenty genre categories. Nominees are determined by analyzing write-in nominations and book ratings from the year. One of the many changes 2020 brings is eight winning authors of color- making up 40% of the winning authors. Contrarily, this is great development considering only one author of color saw a win last year- Dear Girls in the Humor category by Ali Wong. Listed below are the winning authors of color.

“The Vanishing Half” by Brit Bennett

By Goodreads: Longlisted for the National Book Award, Brit Bennett’s ambitious novel follows two identical twin sisters from a small Southern town. One stays home in her Black community; the other passes for white in the wider world. Provocative and compassionate, Bennett’s book traces fascinating threads of American identity and is our hands-down winner for the 2020 Historical Fiction award.

By Goodreads: If it seemed like everyone you knew was reading Mexican Gothic this year, that’s because they were. Author Silvia Moreno-Garcia (“Mexican by birth, Canadian by inclination”) collects the Horror prize for 2020 with a pitch-perfect Gothic horror story in the old-school mode, but with contemporary perspectives on race and colonialism. Spooky mansions! Opulent decay! Bumps in the night!

“Stamped: Racism, Antiracism and You” by Jason Reynolds and Ibram X. Kendi

By Goodreads: This year’s winner of the Goodreads Choice Award for Nonfiction, Stamped: Racism, Antiracism, and You is an adaptation for middle grade readers of Ibram X. Kendi’s 2016 National Book Award–winning Stamped from the Beginning: The Definitive History of Racist Ideas in America. An exhaustively researched and passionately argued statement on the history of racism, it’s good nutrition for young minds.

“A Promised Land” by Barack Obama

By Goodreads: Former president Barack Obama has led a rather accomplished life, it can be said, and now he’s got a Goodreads Choice Award to add to the shelf. Hugely anticipated around the globe, A Promised Land delivers with a surprisingly intimate look back at Obama’s historic journey from young community organizer to 44th president of the United States—the first African American to hold the nation’s highest office. Hail to the chief.

“Caste: The Origins of Our Discontents” by Isabel Wilkerson

By Goodreads: From Isabel Wilkerson, winner of the Pulitzer Prize in journalism, Caste: The Origins of Our Discontents continues a discernible theme in this year’s awards: books that take a long, hard look at America itself. Wilkerson argues, persuasively, that Americans are mired in an outdated and dangerous hierarchy system that goes even deeper than race and class. The silver lining: It’s not too late for meaningful change.

“Such a Fun Age” by Kiley Reid

“Clap When You Land” by Elizabeth Acevedo

By Goodreads: Elizabeth Acevedo wins this year’s Goodreads Choice Award for Young Adult Fiction with a powerful novel-in-verse about love, loss, and family. Camino and Yahaira Rios didn’t even know they were sisters until their father died in a plane crash. Now they’re learning more than they want to know about the ties (and knots) that bind families together. Bonus trivia: Acevedo is a National Poetry Slam champion, too.